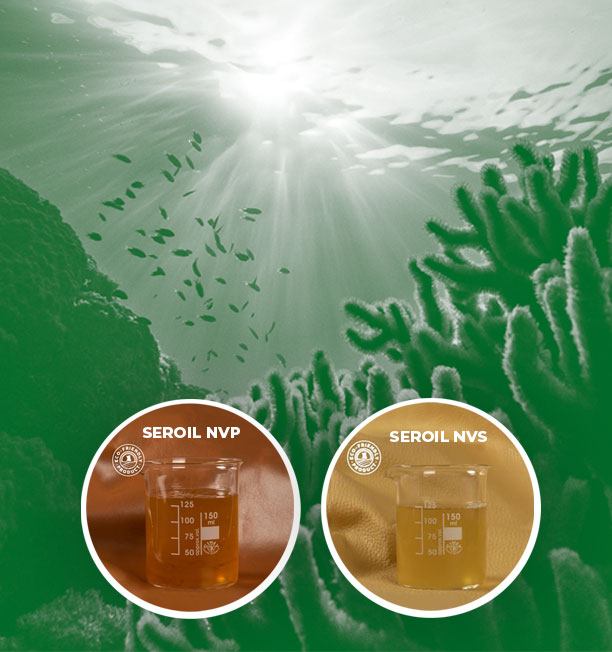 Ocean’s wealth is not infinite. Putting commercial interests before sustainability can have devastating consequences. Overfishing is undoubtedly one of the major problems facing the oceans. It not only threatens the survival of many species, but also that of the ecosystems where they live. In this new post we want to present you SEROIL NVS and SEROIL NVP, our range of ecological fatliquors.

Overfishing is not a new phenomenon With the development of industrial fishing in the second half of the 20th century, became a global issue of great magnitude. Due to fishing overexploitation, the large fishing grounds are at 10% of the capacity they had at the beginning of the 20th century. Besides, overexploitation has continued due to the sophistication of the means of capture, and the great investment that companies and states have made to increase capture capacity. But human activities have not only impacted negatively on the life in the oceans with its unstoppable fishing activity. We also do it pouring all kinds of pollutants into the sea such as sewage, fertilizers, plastics, CO2… These have so many negative effects, such as the proliferation of algae, decreased oxygen concentration, ocean acidification, introduction of pollutants into the food chain, etc. in such a way that lifeless areas proliferate.

This barbaric degradation that humanity is doing in the oceans should be reversed as soon as possible before it’s too late, and we find ourselves with lifeless oceans. The world’s oceans, their temperature, chemical composition, sea currents and life, are the forces behind the global systems that make the earth a habitable place for human beings. How we manage this vital resource is essential for humanity and to counteract the effects of climate change.The livelihoods of more than 3 billion people depend on marine and coastal biodiversity. However, 30% of the world’s fish stocks are overexploited, reaching a level far below that required to produce a sustainable yield. The oceans also absorb about 30% of the carbon dioxide generated by human activities, and a 26% increase in marine acidification, mostly from land-based sources, has reached alarming levels: for every kilometre square of ocean there is an average of 13,000 pieces of plastic waste.

The Sustainable Development Goals (SDGs) provide a framework to sustainably manage and to protect marine and coastal ecosystems from land-based pollution, as well as to address the impacts of ocean acidification. Improving the conservation and sustainable use of ocean resources through international law will also help mitigate some challenges facing the oceans.

The leather sector uses large quantities of fish oil to manufacture fatliquors. One way to contribute considerably to the improvement of the environment and the oceans would be to reduce or eliminate the use of oils from marine origin.

Industrial fishing is a method that is widely used for fishing and that aims to get the largest number of specimens in the shortest possible time. Special boats are required to be able to carry out this activity effectively. These boats are equipped with advanced technologies to increase the number of catches. With industrial fishing, 29 million tons are collected per year, and with the small-scale fishing only 24. That proves the great efficiency of industrial methods. According to estimates, more than 40 million tons of fish are discarded each year with industrial fishing. With artisan fishing the amount of discards is practically zero.

A fact that directly affects overfishing is the one that refers to the production of fish oil. Between 12-20 tons of fish are needed (depending on the type of fish and the latitude) to produce 1 ton of fish oil. The leather sector uses large quantities of fish oil to manufacture fatliquors. One way to contribute considerably to the improvement of the environment and the oceans would be to reduce or eliminate the use of oils from marine origin.

At Quimser we continue working to develop products that cause the least impact on the environment. For this reason, we promote less use of fish oils and the substitution of fatliquors that contain it.

Thus, we present a new range of products that are a commitment to a better world.  SEROIL NVS and SEROIL NVP are our range of totally ecological oils:

COMPANY
About us
Certifications